The Magical Power of “No, Thanks”

Being an entrepreneur you can get involved in a truckload of conversations on a daily basis. And a certain percentage of them will contain some kind of a request. Do you want to take part in this conference? Would you like to become our speaker? How about investing in this brand new project?

As harsh as it sounds, if you satisfy all the requests, enquiries, and offers, you’ll risk burning yourself out in an altruistic fire.

Realize that you have to say “no”

We all know that the first step to overcoming a problem is to realize that you have one. However, not all business owners think that an overwhelming amount of requests is a real problem. After all, doesn’t that mean that your company is becoming a serious business player? Roughly speaking, yes, but accepting all the offers is not necessarily a good strategy—it distracts you, spreads out your efforts and in the long run costs money.

At some point, Beetroot realized that, although we’re flexible and cooperative to the core, we can’t accept every potential client coming our way. There needs to be a basis for understanding each other. Saying “no” helped us grow and focus our energy on the clients we thought had the potential to lead dedicated teams in a good way. It took effort – sometimes saying “yes” felt like the textbook answer. In time, we realized that going for the wrong partnerships would risk placing a millstone around our necks. 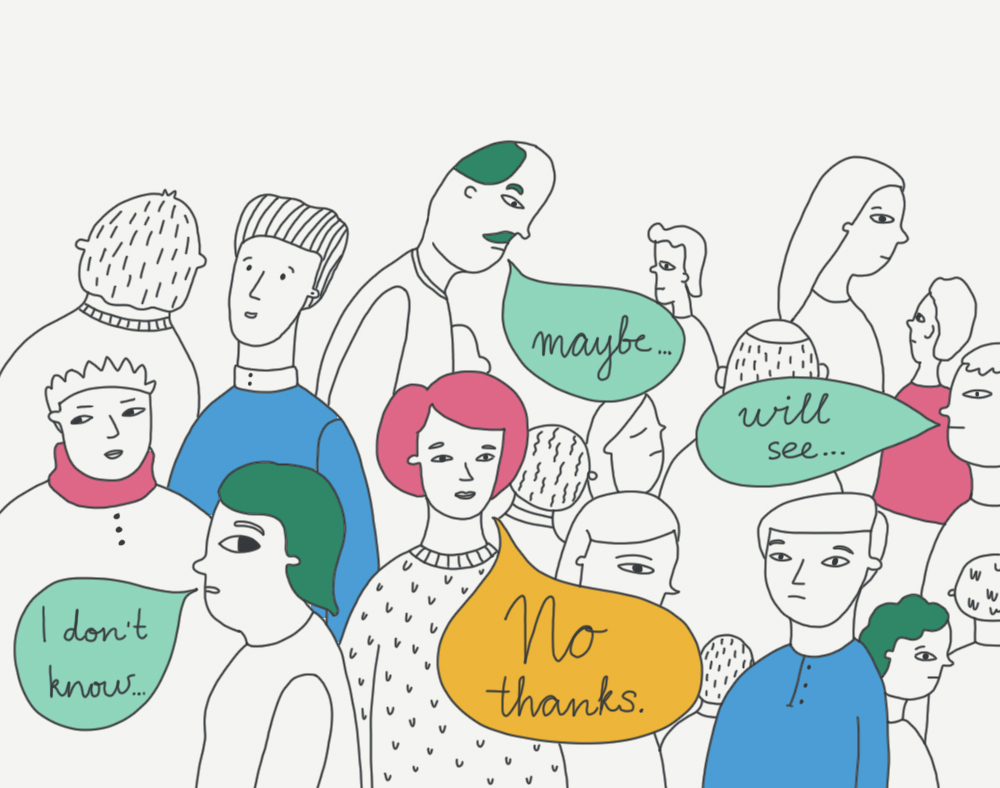 Beetroot co-founder Andreas Flodström admits to having gone for “things that turned us on at the time,” only to later realize that we should have said no.

In the majority of cases, saying “no” doesn’t mean that an offer is bad, it just means that you have a different focus. If we had cloning superpowers, we could instruct our many doppelgangers to say “yes” to all the things we, ourselves, have to turn down. This is hardly possible, and a resonating recommendation is being put forward in Crossing the Chasm, a marketing best-seller. It encourages us to focus and dominate in one niche, before expanding efforts on other spheres. To make every “yes” count.

Say “no” straight away

It is always easier to play for time instead of giving a straight answer—especially when your answer is “no”. We know how tempting it is to say that you’ll think about it, or you’ll call later, or come up with any other lifesaving excuse just to avoid that awkward conversation. However, if you categorically know that you’re going to reject the offer, help the other side see what they need to do next and say “no” straight away. It’s like ripping off a Band-Aid: fast, clean and effective.

However, there are countries, where saying “no” directly is rude and inappropriate. For instance, in Japanese business etiquette, there is no word “no”. When negotiating with your partners, you might hear something such as “Me personally, I like it” or “I’ll see what I can do”—this, basically means “no”. Apart from such culture-related situations, try to avoid vague, indirect answers. Saying takes more than the effort of not saying yes—it needs to be said the right way. 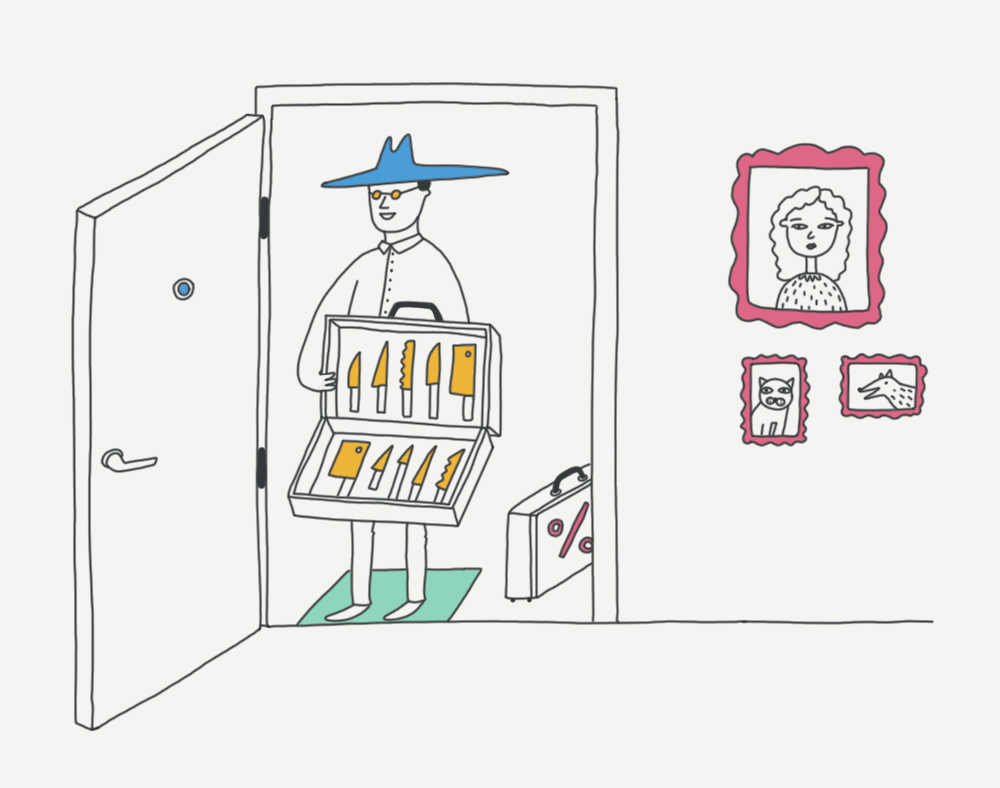 It sounds like something that’s applicable only to a conversation, but in reality, the sandwich strategy works on any level. Put your polite, but firm “no” in between two non-committal, but nightingale-sounding “yeses”. If you can do it, pointing someone in the right direction might be worth more to someone than your “yes” and the recipient doesn’t feel dejected with your flat rejection. You can also change “yeses” to mere empathizers if you don’t want to make even vague compromises.

For instance, if someone comes up with a last-minute offer to become a speaker at a tech conference, you can turn it down this way:

Don’t lie to backup your “no”

Even if you don’t have any “yes”-cherries to put on your “no”-pie and can’t think of an indisputable reason to reject an offer, you shouldn’t try to invent your alibi. Our unconscious strive for self-justification frequently pushes us on the path of white lies. In business, honesty is always the best policy.

As Fritz Rabeler, CEO of Akuo, mentions in the Swedish magazine “Veckans Affärer” (lit. “This Week’s Business”), white lies have become a serious drag on his startup in Sweden. It turns out, Swedes have difficulty saying “no” and frequently invent excuses to postpone the rejection. There is even a Swedish word, “konfliktskygg”, which means being conflict shy, to not hurt people by saying “no”. Although the Swedes’ motives are decent, Rabeler wasted a lot of time, groundlessly hoping for a positive response in various sales processes.

Shhh, maybe it will go away!

Ignoring requests is another type of lying—this time to yourself. We know how alluring it is to disregard annoying emails, quietly hoping that they will magically disappear. This plan never works. The more you ignore people, the harder they try to reach you (ask anyone from our sales team). Be frank and polite—say “no, thank you” and move on.

We speak from experience. We originate from Sweden, after all. When applying Swedish culture and mentality to the work we do, we cherry-pick. Not everything is innately good.

Never feel guilty because you’ve rejected requests. Never fear that you might have missed an opportunity. The best part of doing business is that you always have opportunities, in some form or shape, even when it looks tough. It is your right to say “no” to some of them.