Should you be liked as a leader?

A common misconception about leaders is that they shouldn’t be liked per se. The image of an unbearable genius, who is hardly liked but is still respected for wise management is engraved in our consciousness. From Steve Jobs with his harsh comments to the fictional doctor House with his… well, even harsher comments, a typical leader is definitely not a nice guy. But let’s take a minute to ask ourselves: why can’t we be liked as leaders?

If there is one thing that is true about the world we live in, it’s that it is changing all the time. Alongside with familiar hierarchical corporations, new types of companies emerged at some point — with flatter structures and delegated responsibilities. Similarly, the authoritarian control-freak leadership type has lost its dominant position. With the development of societies, new types of leaders appeared:  connectors, cheerleaders and coaches. And there is a great chance that now it is possible to find a likable leader within this bunch.

The belief that leaders should not be liked by their teammates was prevalently true for old business paradigms. There, building close relations with your team was associated with such terms as “privilege”, “subjectivity”, and “corruption”. Moreover, the preferential attitude was associated with lower productivity. The assumption was that teams would work less if leaders didn’t push them mercilessly. However, these problems appear only when a leader has the ultimate power to make decisions. 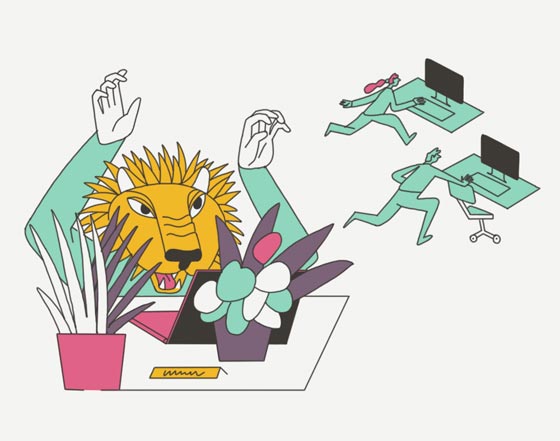 A new business paradigm assumes that a successful company can be built on the grounds of distributed authority, self-management and trust. If you don’t use your authority to micromanage and make all the decisions, then your warm relations with team members won’t affect your objectivity. If you don’t have the direct power to influence someone’s career in the traditional hierarchy, your attitude won’t be corrupted by your personal attachment to the team. Successful companies, like SquareSpace, which is claimed to be one of the best workplaces in New York, prove this thought. Their CEO Antony Casalena has nothing to do with a “hated but respected” leader. Instead, he believes that it’s impossible to build a creative company with a leader who hides behind the curtains, disliked by the whole team. “It would be so weird” — he says. In this new reality, you shouldn’t intentionally try to be liked — it will happen naturally.

Shifting from the old way of doing things to new ones can be challenging. For instance, when we founded Beetroot we had a policy of not hiring boyfriends and girlfriends of our team members. It’s not that we had some thought-through reasons to do so — it was just the traditional business policy, which we blindly followed. But at some point, we re-evaluated our attitude and removed this policy for good. Now, we have approximately thirteen couples working at the company and guess what — nothing bad happened. The same can be true for building warm and friendly relations between you, as a leader, and your team — sometimes old habits belong in the past. And you take a step away from them you can find quite a few advantages of being a “nice leader”. 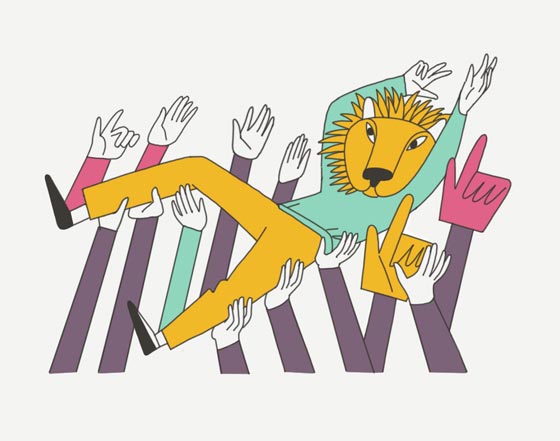 The most important advantage is that people will feel comfortable to come to their workplaces. Let’s be honest, none of us enjoys working under the pressure of dislike and hate. Building loving, caring relations within a team can potentially lead to boosting their motivation and decreasing turnover rates. At least, it’s what a Harvard Business Review study says after interviewing 3200 employees from different industries.

Of course, you don’t have to jump through hoops to be liked. Actually, trying too hard to please everyone has definite drawbacks. Firstly, you might find it hard to criticize some doubtful decisions because it may affect your relations with the people who made them. However, if you move your relations with a team to the next level — honest relations — it will never happen. Make sure that you build a transparent and trusting company culture where giving feedback doesn’t mean losing friends. Secondly, it may get harder for you to pull your company through some rough patches. Especially those, involving cut-downs. But let’s be honest: only sociopaths wouldn’t find it hard to fire people with whom they’ve been working for quite some time. More to that, in an ideal world, difficult decisions should not undermine the trusting relations that you have. Self-managed organizations are not an ideal world. Yet, they can help you build an alternative type of a company, where it is possible to be both a leader and a friend.