Being an entrepreneur, I have to make decisions almost every day. Some of them are insignificant, others become game-changers for our company. But whether I’m choosing a place for a business lunch or aiming for a new marketplace, making decisions is never an easy process. The hard thing about choices, big or small, is uncertainty. I can’t predict repercussions that will follow my choices, but I also can’t choose not to decide because inaction is not an answer.

In the business world, it all boils down to the fact that our decisions define us better than anything else. No wonder we’re all looking for a watertight decision-making algorithm that can protect us from making bad choices. But this is like looking for a unicorn. Poor decisions are inevitable, as well as our desire to avoid them. I can’t say I’ve learned to choose right, but I do have some advice to share.

In the business world, it all boils down to the fact that our decisions define us better than anything else.

So far throughout my working life, I’ve come across many situations which have given me a hard time in terms of decision-making. When it comes to making structural choices, I have come to sometimes rely on the ideas of Frederic Laloux in his book Reinventing Organizations. Explained on a very simplified level, it all comes down to the fact that companies should seek to build an atmosphere of community, wholeness, and support. An environment where team members collectively share responsibility for the organization’s decisions. Within this decision-making process, people collaborate, ask for advice and consider the opinions of thought-leaders. Yet, at the end of the day, the ownership of the final decision rests solely with one person – the one closest to the decision’s impact.

The hardest thing about decisions is that you never truly know how impactful the consequences are going to be. We just know it will make a difference.

Pro tip: Making hard choices is hard (obviously) but not impossible. This is where basic principles come in handy. Split the decision-making process into small parts and analyze each of its components. Ask yourself who will be affected, what losses or risks will be incurred and how much this individual part contributes to the overall picture. For very complex decisions, it’s not entirely wrong to also trust your gut feelings.

The matter of gut feeling brings forth a dilemma of intuition versus rationality. As an entrepreneur, I know that sometimes your gut feeling is the only thing you can base your decisions on. Sometimes it even works, as it happened to Steve Jobs, who forecasted tablets superseding PCs when no one saw it coming. Yet, in some cases, entrepreneurs get too deeply into intuitive decisions and stop perceiving grounded criticism concerning their choices. 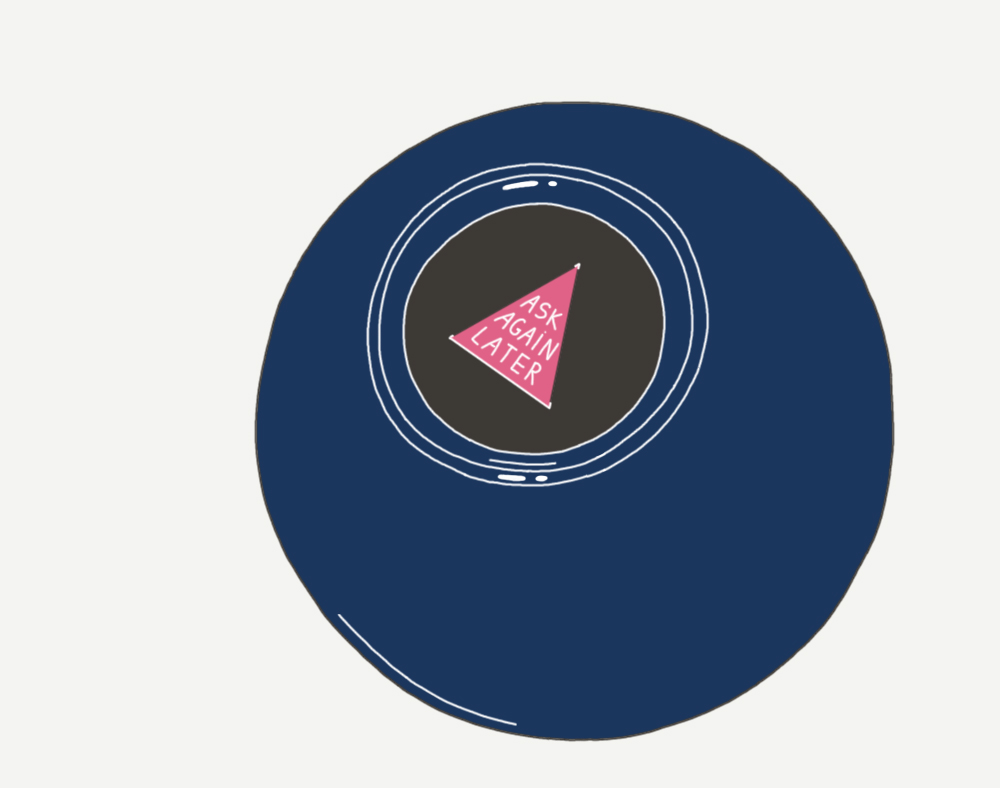 In 2000, an ample study of more than 1500 senior managers was seeking to explore their decision-making process. The results showed that the majority of them used intuition to make both financial and strategic decisions. Further research revealed that participants didn’t consider intuitive decision-making to be an irrational approach. On the contrary, their gut feeling was a subconscious summation of their knowledge and experience, which allowed them to make rational choices before any levelheaded arguments were presented. The only threat here is inadvertently crossing the border between grounded self-confidence and self-deception.

I can’t predict repercussions that will follow my choices, but I also can’t choose not to decide because inaction is not an answer.

As a typical line of thought goes, it is easier to make a decision when you have enough information about your subject matter. A study in Information Management Journal shows that having more data fosters managers to be more confident and rational in making decisions. But unless you’re running a computer for a brain, absorbing tons of information at any given time simply isn’t possible.

When it comes to gathering information, it is important to strike a balance. If you’re opening a new office and have a chance to place your hands on relevant market research, it’ll be reckless not to take it into consideration But you should remember that it’s impossible to know everything. Making a decision is partially a leap of faith. Overloading your brain with more and more info isn’t just a way to postpone a decision that needs to be made, it’s also affecting the ROI on your decisions. Odds are that the information you gather will be of a logarithmically and steadily decreasing value.

Pro tip: Information is crucial in decision-making but don’t get too carried away with collecting it. Learn enough to know your odds but remember that there is no absolute knowledge.

Every time I’m thinking about a vacation I find myself knee deep in reflections about selfishness of my decision. In fact, entrepreneurship is not all la-la-land happiness and rainbows. Believe it or not, there’s an element of responsibility. And taking a week off sometimes can feel like a betrayal. Like you’re recklessly heading to sunny beaches, while your team is left to go through trials and tribulations on their own. On the other hand, rest deprivation sooner or later results in complete burnout. Bearing this in mind, it’s not a huge surprise that 49% of entrepreneurs report mental disorders.

When you become your own boss, making personal decisions becomes a hard nut to crack. Louis XIV at some point expressed rather arrogantly that “I am the state”. I would never dare to compare entrepreneurs with old Louis, but being a company owner sometimes lures people into making nonparticipating decisions. When you have the power and authority to decide, it may feel tempting to make choices to your own advantage. Other entrepreneurs, on the contrary, go on extremes of self-sacrifice and exhaustion to benefit their company. I believe that neither of these options are good ways to play ball in modern business.

Pro tip: When making a personal decision, view yourself as an ordinary part of the team (who you actually are). This method helps you take on decision challenges from a new perspective. When your sights aren’t set only on growing the company, you‘re able to lower your eyes from the horizon resulting in choices that  actually resonate throughout the organization. It can also work as a reminder that you, too, are only human.

Imagine that you are standing at a crosswalk. The sign says “Don’t Walk” but there are no cars or cops around. Would you cross the road? Science says that if you stood there alone, the chances that you’d work up the courage to go, would be split 50/50. But if there were other people crossing the road, you’d probably follow them. Some call it a herding behavior. Scientists call it social validation. It means that when we are in doubt we rely on firm decisions made by others.

Poor decisions are inevitable, as well as our desire to avoid them.

If you give this concept a good hard look you’ll see that the business world is full of social validation examples. One of them is corruption. Everyone knows and agrees (to varying extents) that it’s wrong and immoral. But since it has existed for a long time, and since it still exists, the playing field is very clearly uneven between those who would be innately inclined to work to the rule book and those who don’t mind pushing an envelope under the table. As long as a few people still work to a corrupt agenda, it will encourage others to follow suit. This is one of the reasons for surrounding yourself with like-minded people who share your values.

Pro tip: As we live in a society, subjective opinions of other peoples inevitably affect our own trains of thought. Try not to succumb to social validation by reminding yourself that we are all unique and have our individual paths. Those decisions, which were good for your friends, won’t necessarily benefit you. Write your own story and make your own, constructive mistakes.