Distributed Teams as a Source of Innovation

Distributed teams are changing the way the IT business works. The ability to build tech competence of culturally-diverse professionals at a fairly lower cost turns distributed teams into a unicorn for company owners. In our previous posts, we discussed outstaffing and why nearshoring is a stronger alternative than offshoring and hopefully planted the seed—that neighboring teams can be quite an asset. But even the greatest and most trusted partners can evoke concerns. Will they be creative? Will they provide you with quality solutions and push your company forward? What about managing distributed teams? These questions are complicated, but not without answers.

What is a distributed team?

As Wikipedia poetically puts it, a distributed team is a “workforce that reaches beyond the restrictions of the traditional office environment”.  Basically, a distributed team is the same as a normal team, which has a specific project, goal, and mission, but works in different time zones and geographical locations, bonded together with the power of technologies (a.k.a. Wi-Fi).

Robert Jones, author of the book “Working Virtually: Challenges of Virtual Teams”, claims that the age of stable, rooted groups is nearing its logical end. It all boils down to the fact that continuous mutual work proves itself to be a weak creativity booster. The problem is obvious — people get used to each other. They think alike, talk alike and even order the same sauces for their burgers. They start looking like the members of the one football fan club on the day of the game: dressed alike, shouting out the same words. Don’t get us wrong, though. Day-to-day collaboration with the same group of people for several decades is actually a good — and admirable — thing. But it also tends to establish certain behavioral and ideological patterns, which hinder the generation of revolutionary ideas or critical thinking.

A distributed team, on the contrary, remains more agile and fresh in its flexibility. Apart from that, such team members more often than not have a heterogeneous cultural background. Their decision-making mechanisms differ slightly and together they can solve otherwise presumed no-win situations. 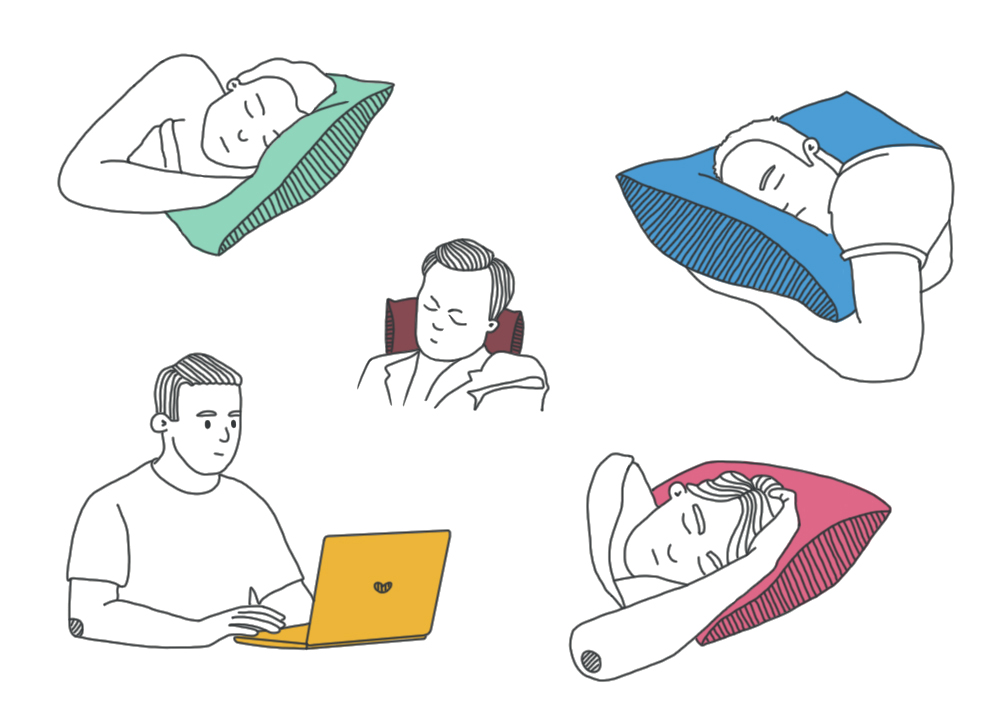 Recently, there has been discussion around the so-called Facebook bias effect. It’s well-known that Facebook prioritizes showing you things you have previously expressed an interest in.  The Wall Street Journal published an experiment where they enabled you to view a typical Facebook feed based on political preferences (among other things). The experiment illustrated the bias effect very clearly and went on to show how one very easily, even subconsciously, risked adopting a rather subjective, one-legged view of the world. This is another example of when a distributed team can expand the borders of consciousness and present a diverse viewpoint.

Result: The mix of different cultures, thinking styles and backgrounds makes a perfect and innovative cocktail.

The collective mind of a distributed team never sleeps

When talking about geographically distributed teams, time differences usually head the short list of inconveniences. Indeed, they can cause some troubles, like overdue deadlines or foiled meetings. However, when it comes to innovation and creativity, time zones bring up an unexpected advantage. Just imagine having the collective wisdom of a team that never sleeps! While one part of the team, let’s say, in New York calls it a day and jumps into their pyjamas, their extended unit in Europe, for example, rises, shines and continues the thought process where the Americans left off. It’s a non-stop creativity life cycle in action.

This pattern proved itself to be brilliant when the open source software community was created. Developers from all over the world voluntarily united their efforts for building amazing things such as the Linux operating system and the Mozilla web browser. Time differences, we salute you!  It’s a sure-fire way to turn remote teams into supernatural idea generators!

Result: The collective mind is always awake, available and ready to create.

Permanent teams can sometimes resemble an old married couple. They’ve been through life’s storms and downfalls, tolerating each other’s drawbacks and staying together. It’s a beautiful story, indeed. But can’t you literally hear them grunting and snarling at one another on a regular basis?

A team that has spent a lot of time together may be subjected to irreconcilable arguments. A distributed team, on the other hand, can lead a peaceful coexistence with serenity and ease—they don’t encounter the problems that come with close proximity. That’s not to say that a remote team workers would constitute the benchmark for happiness at work in every way. Thanks to technologies, distributed teams can experience the power of collective work without actually having to sit close to each other in a poorly ventilated room. The lack of face-to-face communication in distributed teams may affect team spirit negatively. However, distance can be a good stress-reliever. 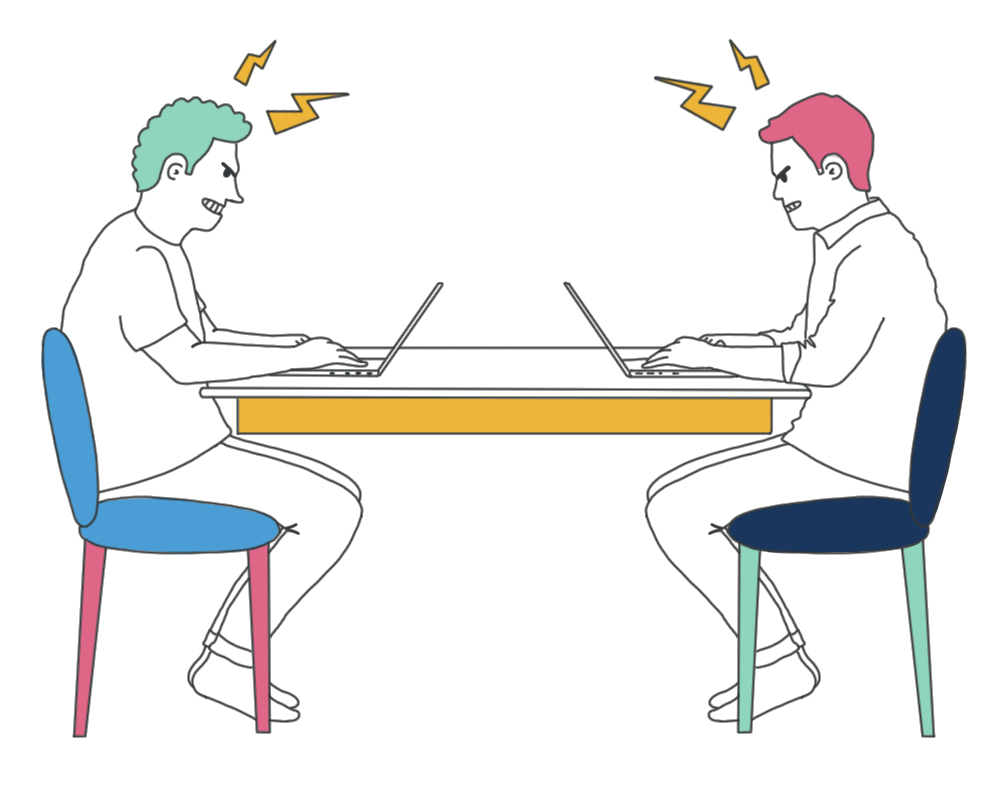 Any time the conflict is at a breaking point, you can easily mute the Skype, cool your savage tongue and then continue with polite discussions once you’ve calmed down. Why does this matter? Aren’t good thoughts born through conflict? Recent research argues that the best results in terms of creativity and innovation appear under moderate conflict levels. Another research, which was held among development and engineering teams, claims that constructive conflict can easily mutate into destructive conflict if teams are working on a long-term and rather challenging projects. And it doesn’t take a rocket scientist or another bunch of researchers to guess that destructive conflicts are not that good for creativity and innovation. Calm atmospheres stimulate our brains better than yelling. So let’s chalk up another score for the remote teams.

Result: From our point of view, the arguments for distributed teams come with a slightly stronger punch. We’re marking down three out of three points in their favor.

Is it that easy?

Definitely not. Managing remote developers comes with a lot of pitfalls like any organization. Still, when it comes to innovation, remote teams can become an excellent tool of unpacking lots of opportunities. Collecting brilliant ideas around the world and around the clock—isn’t this what we should all be striving for?