Sometimes things at work float smoothly; sometimes they heat up. If you’re the type of person who always tries to stay at the cutting edge, you’ve undeniably gone through a rough patch or two. Being the last person to leave an office and the first one to come, pulling one all-nighter after another, checking emails every single minute of the weekend means that your work environment has become rather intense.

First of all, you’re not alone in this. According to Stellar Statistics, 88% of men and 85% of women in the US overwork regularly, half of them check their emails on weekends and 22% of them are expected to answer those emails. European countries don’t seem to have serious issues with overworking—only Greece and the Baltic countries work considerably more hours than their neighbors. And, of course, there is hardly any article about the high workload that doesn’t mention Japan. With 10,000 annual deaths from overworking (which equals the number of deaths in car accidents), the Japanese even invented their own word—“karoshi”—to describe lethal consequences of working too much.

Here at Beetroot, we’re trying to cultivate the opposite: a well-balanced culture. We believe that no manager should intentionally tangle the working environment and that its intensity should be defined only by our personal responsibility. However, while building self-managed teams, we sometimes get so engaged with our mission and drive, that work environment intensifies despite our efforts to keep it cool. If you are going through one of these days, here are some tips to help you stay sane.

There are generally two reasons why work environment turns from a peaceful walk into a hellish roller coaster ride. The first one is beyond our control—like a sudden sickness or an unexpected project coming out of nowhere. But the second reason—poor time management skills—can be controlled. 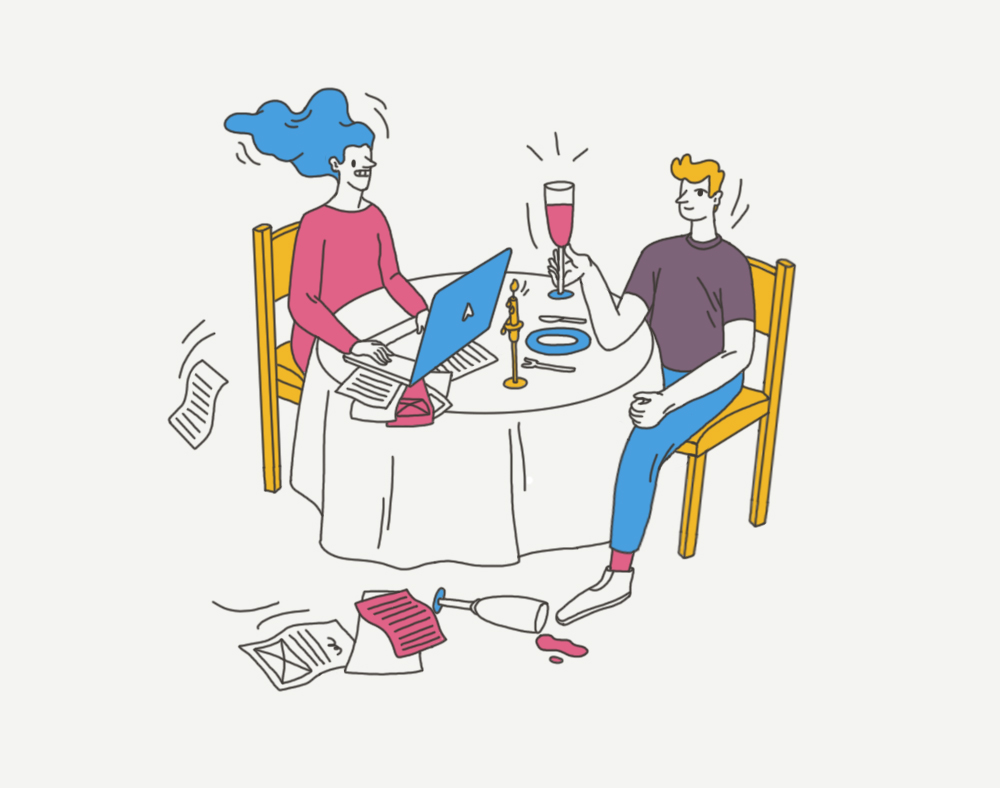 Take a good hard look at those days when you immerse yourself into an abyss of ASAP tasks. What can be done differently? Try making a list of what you do and when you do it. (If you think that pen-and-paper lists are too old school, try some apps, like an hour-tracker Toggl or the digital list creator Todoist). Although crafting a list might seem like another task to add on your overcrowded plate, there’s a good chance that it’ll help you optimize your workload in the long-term. You’ll be able to see all the time-wasters and things that could be (and should be) done by someone else, which brings us to the next point.

Running a company frequently means being in several places simultaneously and doing several things all at once. As Beetroot CEO Andreas Flodstrom says: “We’re all generalists. We have to be because when we are only starting our own business, there are not so many people eager to help us. And we have to cope with thousands of tiny things all the way; and we develop thousands of new skills and our own opinion on how these things should be done”.

There is no big surprise that such a lifestyle can intensify your workload significantly. “For some entrepreneurs, it can be really hard to let go of their helms,” Andreas says. “They think that other people won’t cope with some things. But if you keep doing everything on your own, there is a big chance that it’s you who won’t cope with it”.

Delegation is a challenging process, but you should start entrusting your team with greater responsibilities. By doing so, you’ll be able to clear your schedule and empower your team to help them eventually turn into a better version of themselves.

It’s easy to forget about something important when chaos is unfolding in front of you. “When things get tense, I pay extra attention at having a robust calendar,” says Beetroot’s HR manager Inna Chernova. “This is how I make sure that I’ve got everything under control. If there’s a chance, I leave a free hour in my schedule as a backup option for unexpected tasks. Similarly, I schedule some ‘real work time’ to make sure that no one is going to disturb me at that period. At the end of the day, I have another look at my calendar and force myself to do everything that is left unfinished. Calendars or task management tools, like Trello and Wunderlist, are crucial for a high intensity work environment because it’s simpler for us to perceive visual information and to have every task in front of our eyes”.

When the work environment slowly turns into a madhouse, it’s hard to imagine someone voluntarily adding one more project to their to-do list. Yet, as it turns out, a lot of us do this on a daily basis. The reason why we do this is simple—we just can’t say “no”. This short word is surrounded with binding beliefs that we’re disappointing people with our denial or missing irreplaceable opportunities. 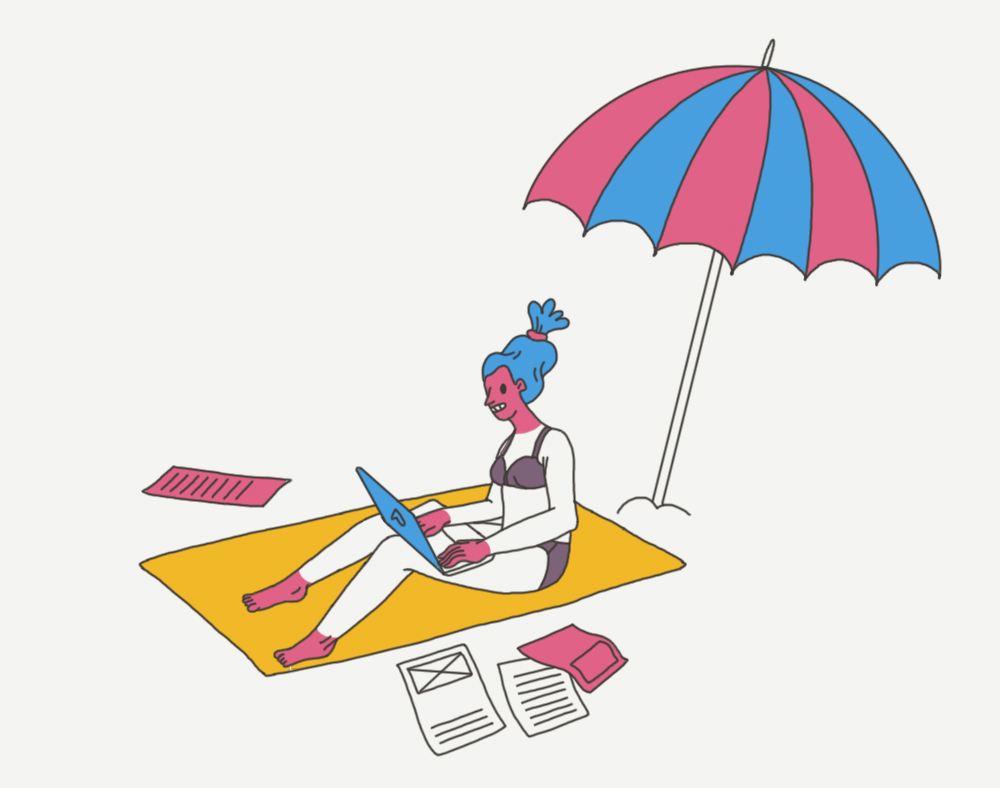 “While Beetroot was growing, we were excited about every new client and threw ourselves eagerly into every new project,” Andreas recalls.  “But then we realized that by stretching ourselves too thin we risk losing focus on our main mission. So we had to learn how to say “no”. I guess it helped us stay afloat and sane”.

Setting your priorities right is generally a good thing to do, but when the work environment is heating up it becomes a crucial skill. As Beetroot’s HR manager Tania Tanina says, “In those days when I have a lot of open vacancies on my plate, I divided them into piles according to their urgency. How do I know which of them is urgent? I just ask myself, what is going to happen if I don’t close this vacancy straight away? If the answer is something like “nothing, it will wait until tomorrow”, then I put it aside, look at another one and ask the same question. It helps me keep my priorities straight”.

But what if all of them seem to be super-important? “Then I drink wine”, Tania says.

When things get tough, some of us tend to feel isolated and left coping with everything on our own. This is not true. Working with teams, whether in-house or distributed, means that you always have people to confide in.

Firstly, you can try finding a coach. There is a great chance that you already know how to normalize your work environment and with a help of a qualified coaching session, you’ll be able to extract this knowledge from the depth of your consciousness.

Secondly, share your concerns with your team. Of course, your workload won’t get any lower by mere talking. But your openness can strengthen the bonds with the team. By doing so, you contribute to the creation of a more sustainable working environment, where everyone can be heard and helped.

What is discovery in design projects, and why does it matter in product development? This article answers these and other questions related to the discovery deliverables and how they help move your project forward from a solid foundation.

This article provides an extensive analysis of the average WordPress developers’ salaries and freelancers’ hourly rates worldwide to help you make an informed decision on the best cooperation model.